A Lesson In Hope

An article by Akshata Rao

Of late, a sinking feeling about human behavior has been simmering inside me. The emotion does not stem from the COVID-19 pandemic, notwithstanding the evidence that it has been devastating for many. Mankind has struggled with many disasters in its past. The source of my anguish emanates from the response that we, as a people, have had to these difficult times. That I see more instances of angry, finger-pointing, rabble-rousing conduct instead of a steady, rational and collected response. No battles are ever won by infighting troops.

When times are tough, people look for a simplistic explanation for their misery. It happened to marginalized communities during World War II, when some groups manipulated the society to make them believe the source of all their problems were those who were “different”. It transpired again during the aftermath of India’s partition, with many families suffering on both sides. Those who crave that power without responsibility, use every trick in the book to channel public anger for their own benefit. Suffering, angry people tend to forget that the rabble rouser is shirking their responsibility of bringing about peace and prosperity. While humanity has had its collaborative moments like the Paris agreement to combat climate change, it has also suffered through divisive years during the World Wars. I worried that we may be headed down the dark path this time.

However, in the past few weeks, I have seen a tiny speck of hope grow a little by little each day. It was kindled when I signed up to volunteer for the COVID-19 India Handbook initiative (covidindiasupport.com). The handbook is an assortment of COVID-19 related resources for India, such as testing centers, NGOs, helplines, startups trying to ease the hardships brought by the pandemic. As I began contributing to the handbook, I noticed that most volunteers didn’t know each other at all. The team is infact a variegated patchwork of people who differ in age, gender and backgrounds. While some are working professionals, in fields of biology, information technology, services, government and finance, there are a few more who are high school and college students. There was one thread that connected us all; we wanted to help.

I have seen self-motivated volunteers brainstorm for hours on what resources would the public benefit from. A couple of students offered to build us a website. Another volunteer made us an app. Volunteers meet often to decide how to spread awareness, choose areas to work on and follow up. Some actively moderate ‘viral kindness groups’; community-driven networks across the country to help those around them in need. It has been a humbling lesson in kindness and self-motivation.

Since then, I have learnt that despair, fear and anger have a common cause : the feeling of not having control in our life. Even though life is an amalgamation of moments that we cannot alter, contributing to positive change is a sure bet to allow hope to replace resentment. If we wish to usher in a harmonious future, we must build it ourselves. And as long as there are people willing to work towards that future, I have hope for humanity.

If you’d like to join our growing team of volunteers for the COVID-19 India Handbook initiative, find out how you can contribute here. 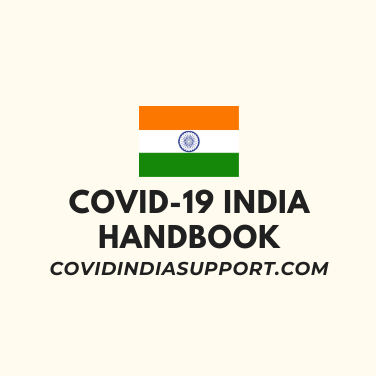